I first saw Soheil’s unforgettable work in 2013, his woods series done in acrylic. Already I was hooked. What goes on in these violent woods? 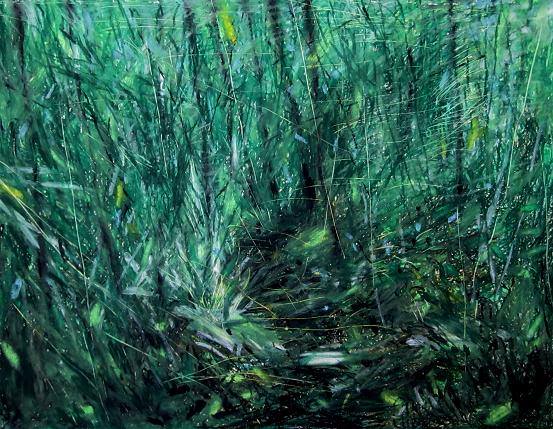 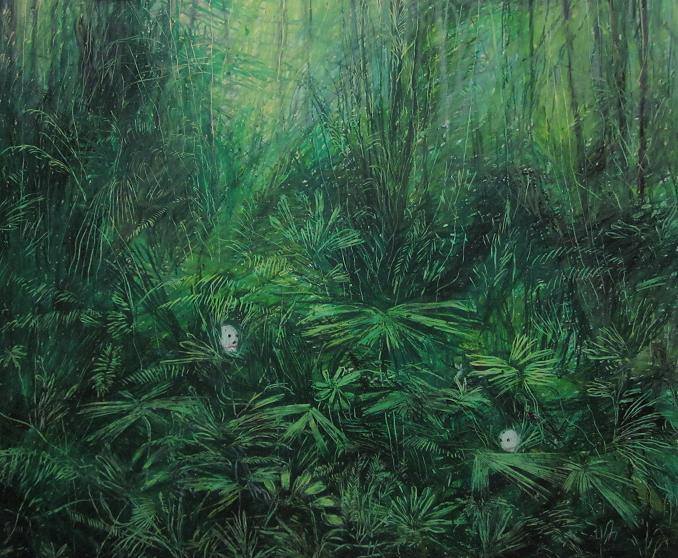 His 2013 series is the stuff of top-notch horror films, filled with suspense and brutality. Yet, to me, they depict a space existing in the mind, not the outside world. The forest is the space in our minds we seldom wish to visit. Yet it is there. In all its aggression entanglement and terrifying anxiety. The woods of our minds, harbouring those dark feelings and fantasies which we all have somewhere inside us.

In 2014, in a series exhibited at Shirin Gallery in Tehran titled the “Future of Sadness”, Soheil takes us to a new place in his woods. A place where the woods are even more oppressive. 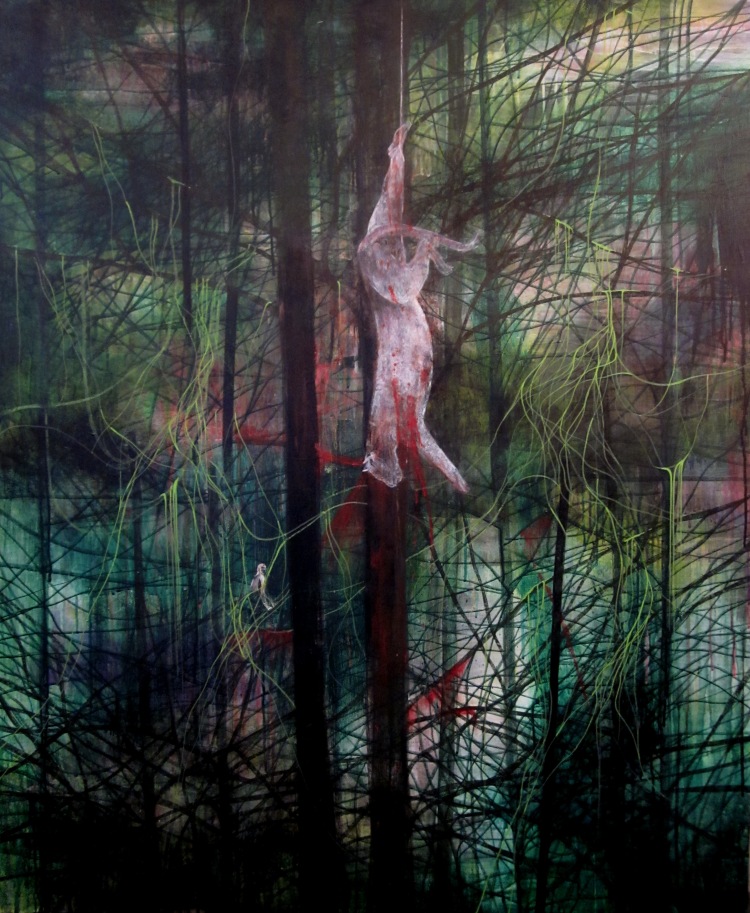 Why is it that Soheils woods are made of twisted trap-like twigs and hollowing branches? Why such harsh landscape? It is as if these woods were not from this world, they are other-worldly distopian kinds of woods. But why?

Soheil told us more about this series, stating that we as humans believe woods and pastures to be calming, peaceful places. In the case of Soheil’s characters, however, when visiting their nature, they are brutally confronted with their internal anxieties, fragility and vulnerability. He expresses the reasons for their anxiety to be rooted in the grippings of what modern life has become and who we have turned into as contemporary species.

So harsh are the anxieties we carry around that, despite being in nature, we cannot find peace. As humans, we believe we have won the battle with nature, controlling it and bringing it under our command. However, in our struggle to control, we have lost the sense of ourselves, of our inner compass. And whilst we believed we had triumphed over nature, nature is actually more powerful. We are left with nothing more than our anxieties and perplexities: fragile.